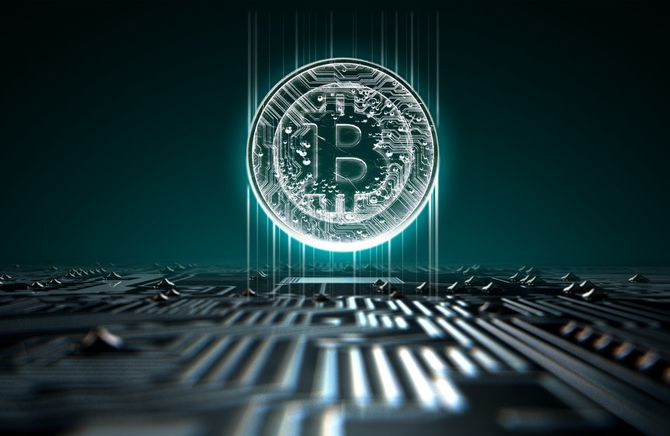 Bitcoin (BTC) has managed to extend its gains into the weekend. As of the time of writing this report, the cryptocurrency is trading at $10,850, having flirted with prices a tad higher than $11,000 on Saturday.

According to a growing number of industry analysts, there is growing evidence to back up the idea that Bitcoin is poised to embark on another leg higher, despite the harrowing cries for a return to $6,000 and even lower.

Bitcoin has been somewhat on a tear as of late. Over the past seven days, the cryptocurrency has gained around 13%.

While the exact catalyst is unclear, it seems that this recent recovery was somewhat triggered by recently-published tweets from Donald Trump about the China trade war. In fact, the latest leg higher coincided with the release of one tweet that also sent gold, Japanese Yen, and Swiss Franc higher.

According to analyst Nick Cote, Bitcoin is nearing the point where it may reenter its “bull run” phase.

In fact, he writes that should Bitcoin turn the $11,100 to $11,300 region into support, meaning a strong close maybe on the daily and weekly, a move higher would totally make sense. He writes, “[a] weekly engulfing for the bulls has usually had a follow through the following week”.

A close above that level would negate the losses sustained last week, meaning that bulls can resume their foray to the upside.

Cote isn’t the only one with this analysis. Trader Cantering Clark noted that “a confluence of key factors and […] order flow” are in favor of buyers, and that he doesn’t expect resistance until the $11,200 region.

Should the pattern play out, Bitcoin may soon rally from these levels to leave the bottoming process in the dust. Per previous reports from NewsBTC, BTC saw its one-day Moving Average Convergence Divergence (MACD), an indicator that tracks trends, experience a bullish crossover, printing a green candle on the histogram.

As McCann points out in the chart above, the last two times that Bitcoin has seen this signal in this cycle was preceding two three-weeks surges to the upside of 52% and 61%.

Should history repeat itself, BTC could surge to around $17,000 by the end of August, riding on the back of bullish momentum.

While there are more and more individuals on Twitter starting to flip bullish once again, it isn’t all sunshine and rainbows, so to speak.

Related Reading: 85% of All Bitcoin Have Been Mined: Does Scarcity Create Value?

Analyst Dave the Wave has recently mentioned that now isn’t the time to “panic buy”, referencing his belief that Bitcoin should return more sustainable levels around the $6,000 region. He believes that a move lower is more sustainable for Bitcoin, helps the asset maintain its long-term trend lines, reduces volatility, and ensures better price discovery.